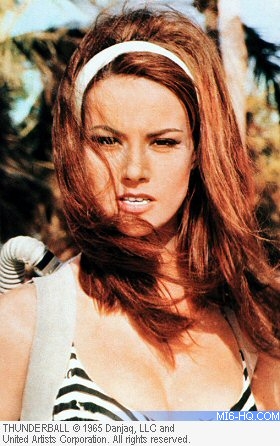 PLEASED TO MEET YOU
Bond bumps into the lovely Domino while diving in the Bahamas. After making his rendezvous with her in the depths, Bond jet-sets across the harbour of Nassau to a spot of lunch and a poolside chat.

"What sharp little eyes you've got."

CAUGHT IN THE ACT
Domino is a sultry and passionate young lady who, after warming to 007, cannot help but long for escaping the clutches of her Uncle. Bond quickly falls for her charm and innocence and she repays Bond in kind after the Disco Volante has beached, blown up and Bond's mission is complete! The pair are last seen being rescued from a life raft. 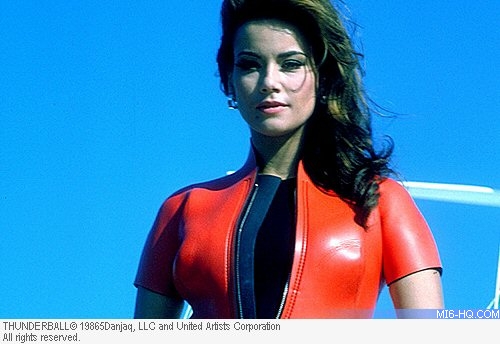 PROFILE
Domino is a lonely, kept mistress of Emilio Largo, the villainous SPECTRE Number Two. Growing up without a real family, Domino finds herself adopted and imprisoned by her own Uncle. While she lives a seemingly exotic life, jet-setting from one tropical location to the next, she is, in reality, nothing more than a prisoner.