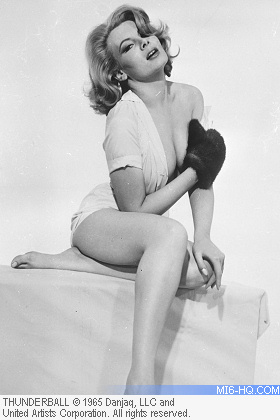 DATASTREAM
Actress: Molly Peters
Character: Patricia Fearing
Movie: 'Thunderball'
Date of Birth: 15th March 1942
Place of Birth: Walsham-le-Willows, Suffolk, England
Trivia: She is the first Bond girl in the series to be seen to be taking her clothes off on screen.

PLEASED TO MEET YOU
Patricia is a nurse and trained masseuse who works at Shrublands, a health spa that 007 is sent to in order to get back in shape. We first see her wrapping up a massage session with Bond as he meets Lippe in passing.

"I'm surprised. I thought you would be just the type for a widow."

CAUGHT IN THE ACT
Bond tries to seduce Patricia whilst she is examining his X-Rays and checks his rib injury. He sneaks a kiss but Patricia rejects his advances and puts him on a traction table to keep him quiet. After Bond escapes Lippe's attempt on his life by cranking up the traction table, Bond uses the 'accident' as leverage on Patricia. In return for keeping his silence about the incident, he follows Patricia into the steam room and undresses her. The pair are later seen together in bed with Bond massaging her with a mink glove to 'reduce tension'. 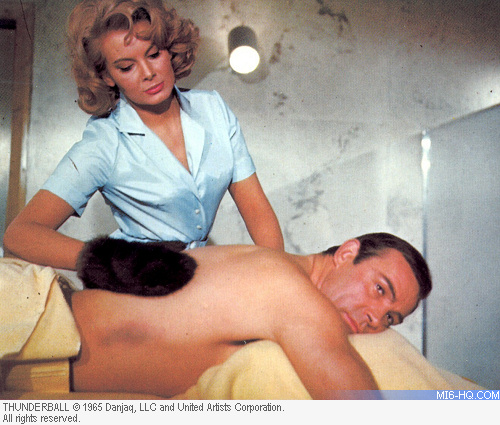 PROFILE
Aside from saving Bond from the traction table, Patricia is a muse for 007 whilst he is on leave at Shrublands and is not involved in the development of the plot. She is last seen annoyed with Bond for his escapades in the corridors of Shrublands and pulling the fire alarm. 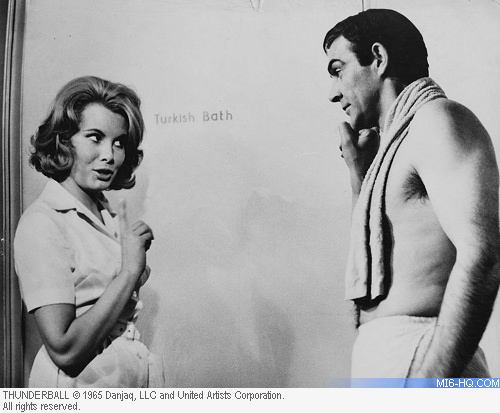 "Haven't you had enough exercise for one evening?"

BIOGRAPHY
British actress Molly Peters had a very short-lived film career in the 1960s. After appearing as 007's nurse in the incredibly popular James Bond film Thunderball at the age of 23, she went on to appear in a few TV appearances and only two more films: the German-made 'Das Geheimnis der gelben Mönche' (also known as 'A Target for Killing') in 1966 with future Bond villain Curt Jürgens and the 1967 Jerry Lewis comedy 'Don't Raise the Bridge, Lower the River' with another Bond girl, Goldfinger's Margaret Nolan. She appeared in in the November 1965 issue of Playboy as part of a pictorial essay entitled "James Bond's Girls", by Richard Maibaum. Before landing her 'Thunderball' role, she had appeared as a model on the cover or in pictorials in several magazines including Modern Man, Cavalcade, Beau, Ace, Parade, Best for Men, Dapper, and Escapade. 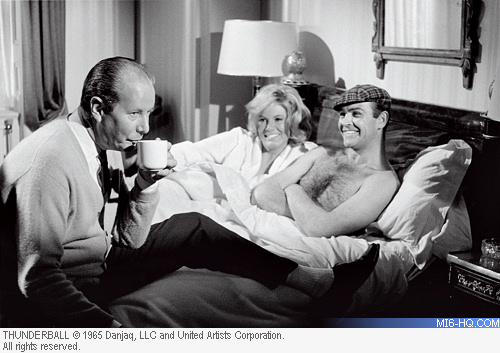 Peters claimed in an interview that her career was short-lived due to a disagreement with her agent over her exclusive contract following the success of Thunderball, and without being able to secure any other representation, her acting and modeling prospects were limited until many years later.

In her younger years, Peters had a daughter she gave up for adoption. She later married and settled in Ipswich, England, and had a son who has since died. Peters suffered a mild stroke in 2011. She died at the age of 75 on May 30th, 2017.